CRAGS: Cut Your Teeth, Hide and Seek, and Happy Acres 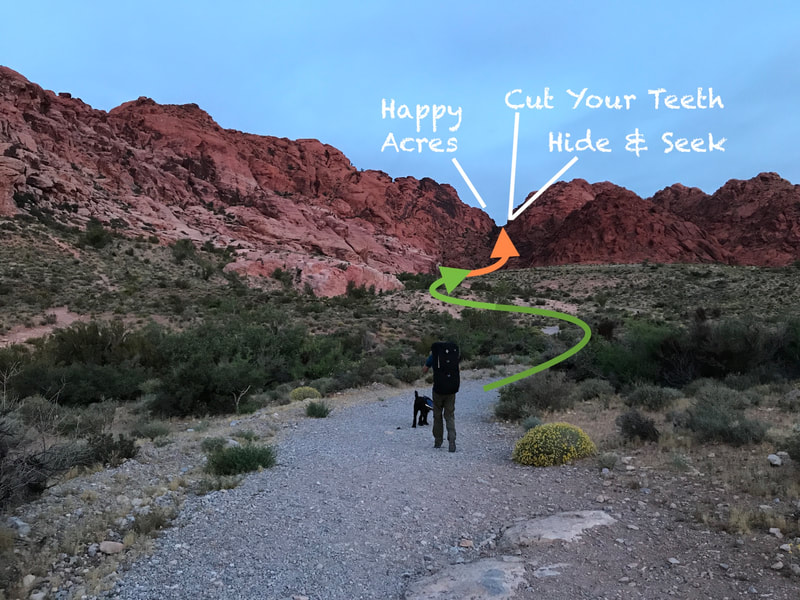 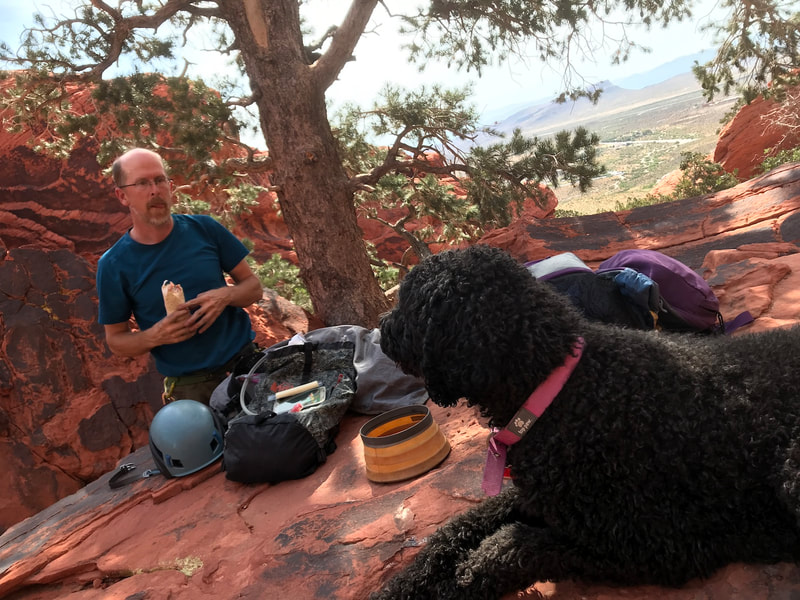 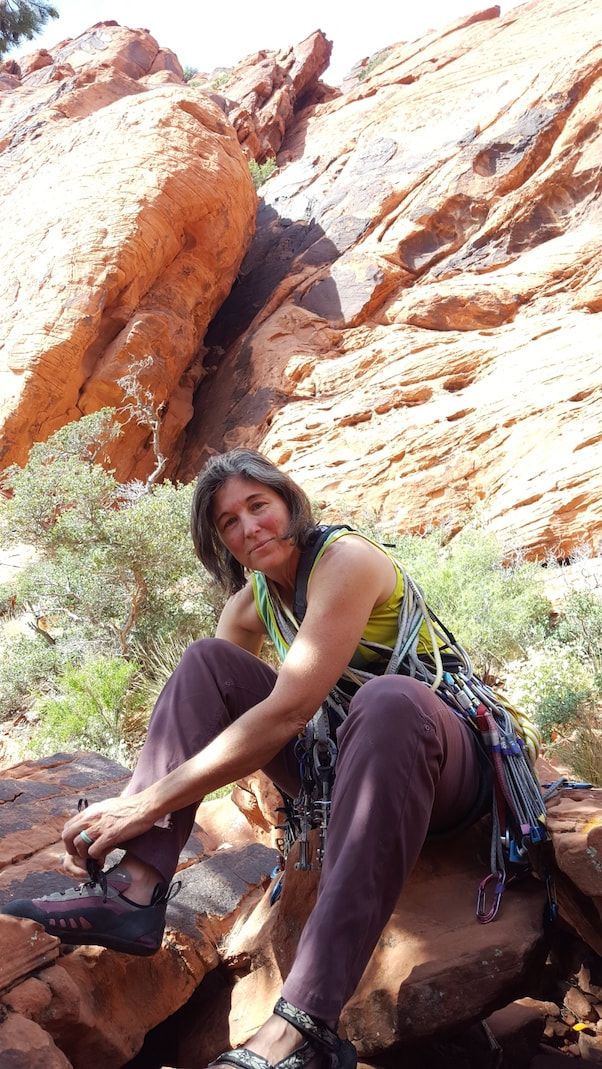 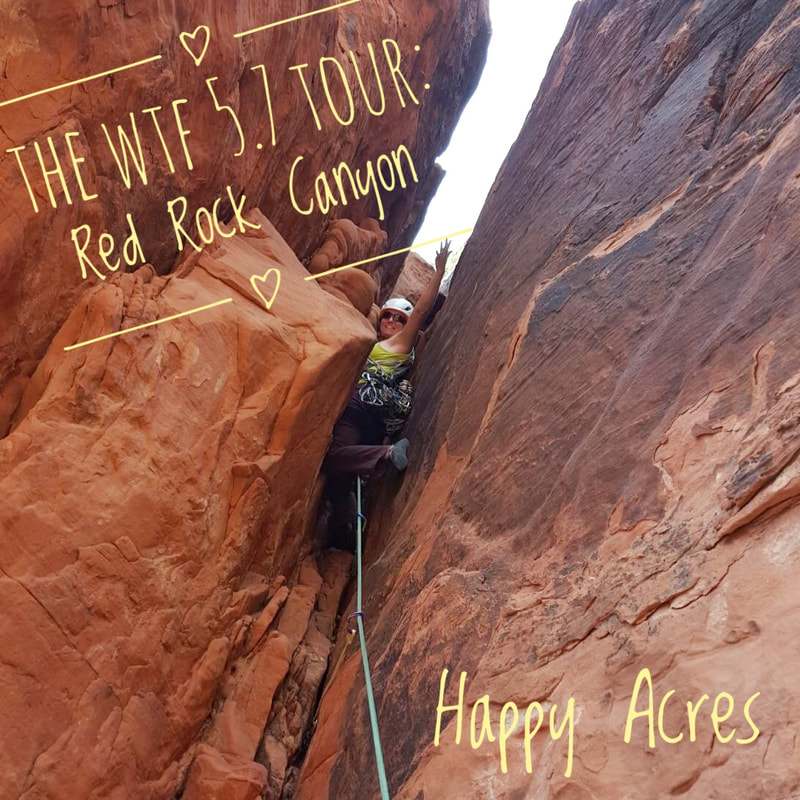 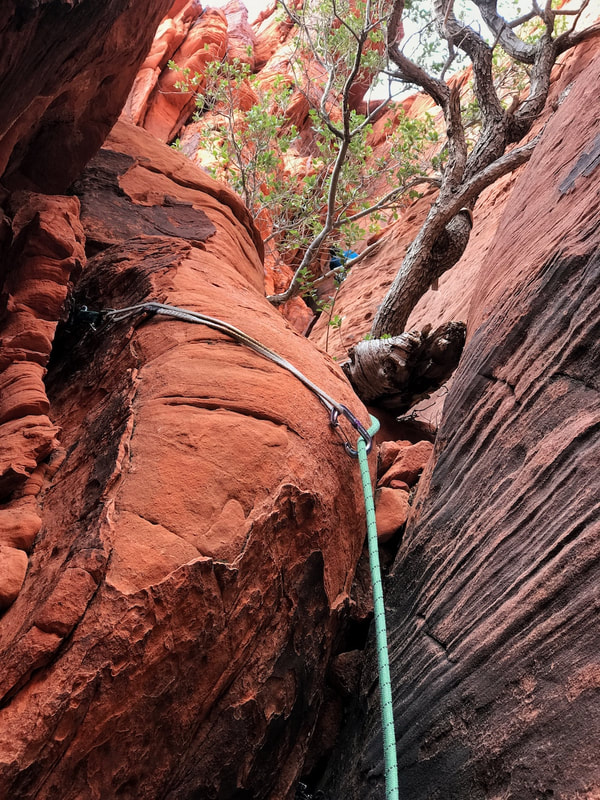 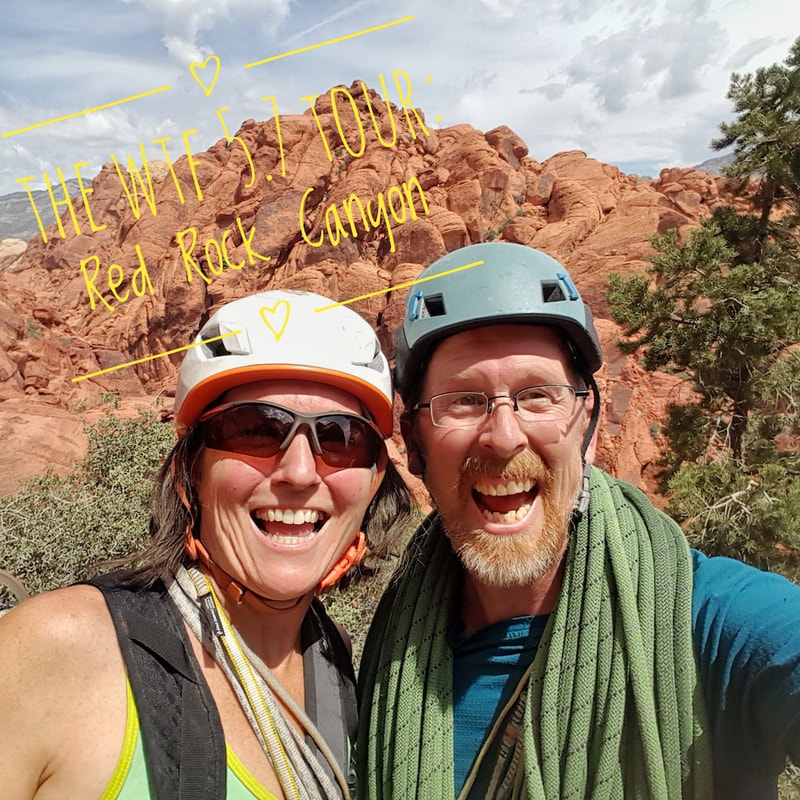 With that sordid history and these awesomely encouraging descriptions and ratings, Rick and I were looking at each other at the start of this climb, shaking our heads, asking, "What the hell are we doing?"

Since my energy and psyche level was good, I went ahead and grabbed the gear and offered to do the first pitch. Looking up the chimney I could see that it was going to get weird. There were big boulders caught in the constrictions and protruding formations, forcing you into mini bulgy, overhangs. But it looked protectable - mostly.

Yes there were bushes, but not too many. Yes, there was lots of loose rock. Every layer/level/rock constriction had loose stuff to avoid (small and large). But you basically expect that in this type of climb. You do your very best to avoid it or move the rocks. Numerous times I found myself wedged with my back and feet against the wall, moving chunks of stone away from the upcoming ledge so I would have a clear spot to put a hand or foot or to prevent the rocks from getting knocked off by the rope as I climbed past. Loose rock is and can be dangerous, but often the care and thought we give it can either amplify or decrease the danger.

There was one spot, I would call the crux, where the very boulder I wanted to grab was large and unsafe.  I was a couple feet above my pro, wedged with my back against the wall, one foot behind me and one foot in front. It was awkward - funky. If I fell I would deck on the previous layer. I felt around in front of me, above me, behind me, over and over to try to find the next move - all to avoid this rock. Nothing felt "secure."

There is a point in climbing when all options (relative to the amount of muscle burn) have been explored. You have to say fuck it and accept the discomfort, finally committing to a move. I decided to maneuver to the small ledge in front of me. One by one I cleared off multiple 3"- 4" stones that were on the ledge. I mantled my left hand on a triangular lip behind me, inched my left foot matching the behind-me-mantle. Then I worked my right foot up higher to a small divit where I could dig that foot into the wall, lean my upper body forward, and grab an awkward hold on the face above the ledge. I pulled myself forward while ducking under/around the precarious boulder. I was quite relieved when I made it.

On an established trad climb, even though there are "standard" belay stations on an established climb, you can always decide independently where to belay. This decision depends on factors like energy, remaining gear, and rope drag. Today it was severe rope drag (from the rope continuously getting caught in pinches between the boulder chockstones) that drove me to build the anchor. I stopped about 10 feet below the tree we figured was the half-way point. It was just as well, as the tree was the only spot on the climb being bombarded by the hot summer sun.

When Rick arrived I handed him the rest of the gear. He navigated another contortionistic move to get past a bulge. The second pitch then became less "chimney-ey." Rick won the award for creative pro placements on this pitch - stringing a hole, placing a tiny cam in a hidden horizontal, and slotting a tri-cam in hole.

When I reached the top Rick looked at me with a big fat grin and said, much to my surprise, "I want to do this climb again! And, maybe clean it up a little bit..."

"Ok, I'm game - but we have a couple hundred more climbs to do before we make it back around to this one..."

So, we started this climb with a bit of dread, and ultimately ended up really liking it. Happy Acres was the surprise of the day - it did make us happy - and this is the type of experience we were hoping for when we decided to do the WTF Tour.

It has more rocks and hazards than we remembered - maybe two years worth of accumulations after a couple of rainy seasons? We still liked it, but it does takes some careful navigation - especially up P2 - which also has friable rock and limited pro.