Isn't this how many epics begin - in blissful ignorance of what is to come? We were happy, enjoying a fun weekend of climbing at Ibex, UT. But then, Saturday evening the intense and ominous winds began, shaking the van, disrupting sleep, and threatening to rip off the camper van's pop top. But all held together and, as nature lovers, we resolved that nature is just nature - you live with what she delivers. Although we had intended to climb on Sunday morning before heading off to our 3rd mapping trip at Red Rocks, the winds dictated otherwise - no climbing. (Hover over or click on images to see captions.) 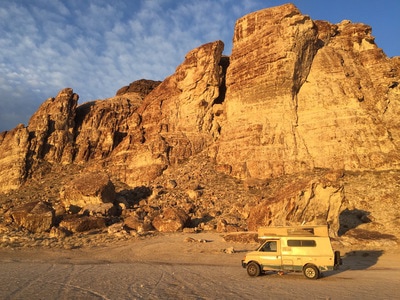 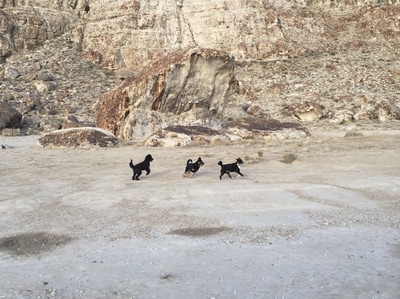 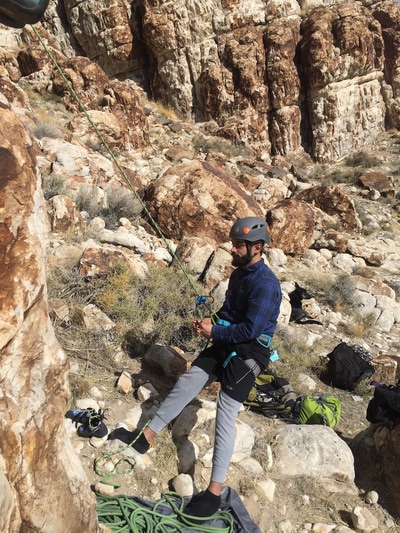 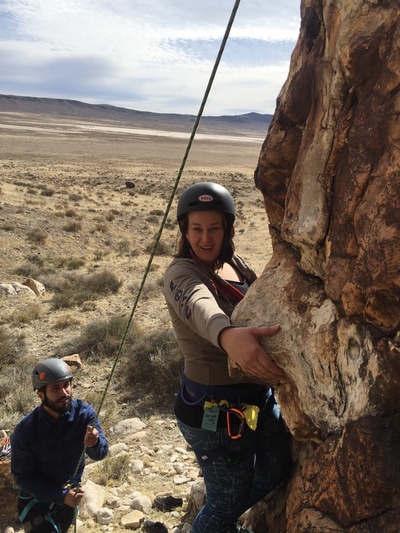 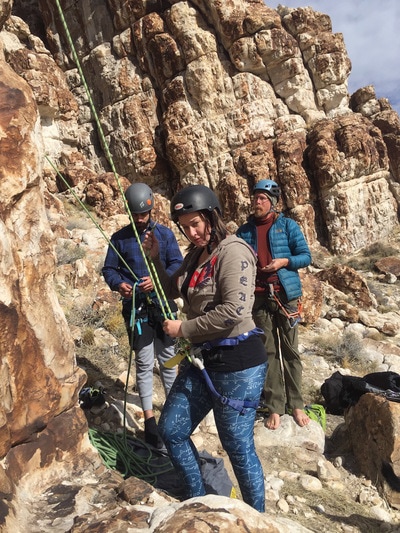 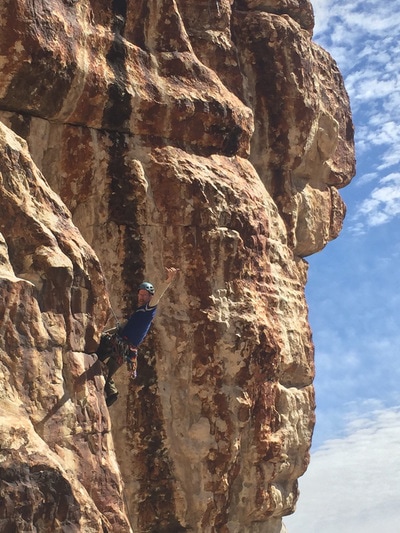 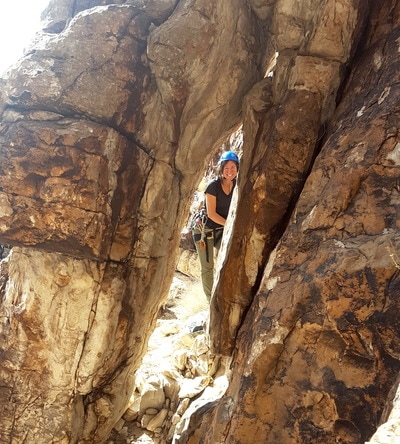 Although challenged by the wind, we were still in weekend-play mode. Huge limestone cliffs located near the Loneliest Highway in America lured us with their grandeur. Is this a potential new climbing destination? Have routes been established here yet? We would be amazed if no climber has left their mark here.

We pulled off-road and carefully wove through boulders and deep,  uneven dips. Our 4-wd and high clearance came in handy. Upon arriving at the cliffs we wandered along its walls, touching the razor sharp limestone, eyeballing potential low angle face and slab climbs. Then we saw them - several ropes hanging from difficult, overhung routes. 5.12? 5.13? 5.14? The ropes staked claim on the first ascents to come.  As Common Climbers however, we were excited by other, easier possibilities, not yet bolted. Something for another day. For now Red Rock and its mapping mysteries called. 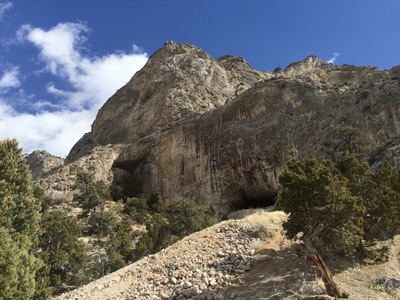 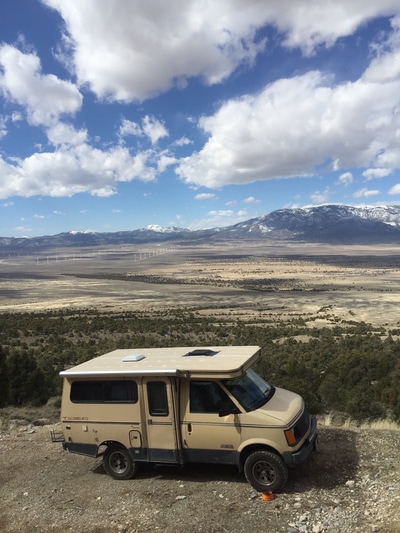 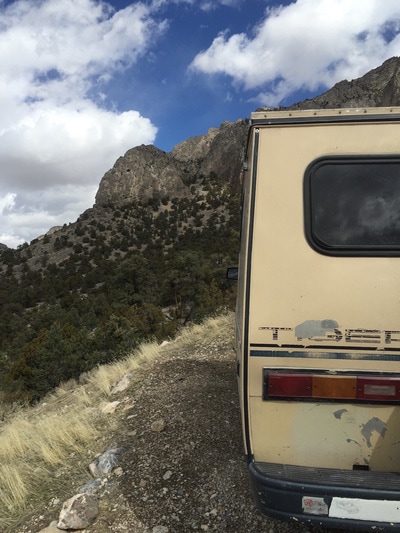 We made our way back onto the highway and were hit again by 40-mph gusts of wind. Dust kicked up and was strewn across the landscape. The wind continued its beating and, soon, the downward spiral began. Faced with gale-force head-on winds, our Tiger Astro camper van struggled up hills as we crossed the desert. Then, after a turn in the road, we heard it - a loud "bam" and then, for a moment, the van lost all power. Next we heard a thwap, thwap, banging from somewhere behind us. What the hell?

I pulled over and we discovered the awning cover was ripped open from the angled force of the wind and the awning itself was unraveled, banging the side of the van. But why did we lose power too?

We stopped to remove the awning. Rick got to work, taking the opportunity to exorcise some pent up frustration by beating the crap out of it so it would fold up and we could get it in the van and not litter the side of the road. 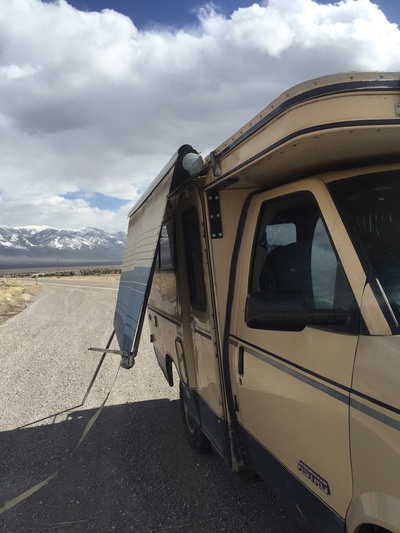 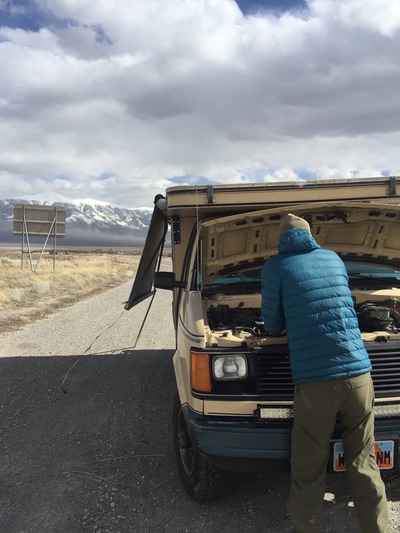 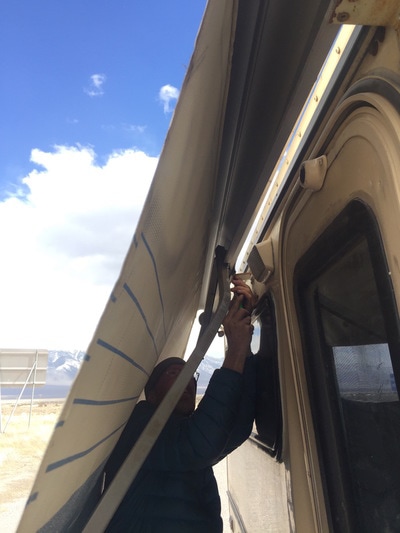 Video: 1:10  - Rick getting some aggression out on the awning.
With the awning now in the car, we started the van and were able to accelerate, getting up to a reasonable speed, but still far below the speed limit. A new, rattling and thumping noise emerged from the depths. It did not sound good. "Please make it to Vegas, please make to Vegas" was our mantra as we hobbled along the highway. It took us 8.5 hours to do a 5 hour drive.

We pulled into the Red Rock Canyon campground, meeting up with some climbing friends who happened to be in the neighborhood. We wondered if it was just the bad wind that challenged the van. It seemed OK when we first started the vehicle after it cooled down. So, we buried ourselves in mapping and denial, waiting to take it to the shop. As the days went on and we drove it, The Tiger finally threatened to leave us completely stranded. We had to take action. 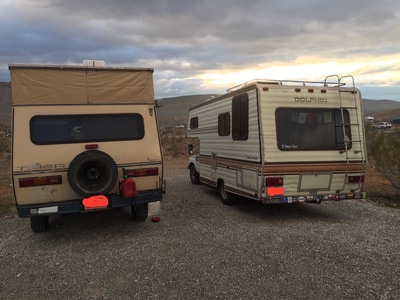 We got a rental car (so we could keep mapping), did some research on mechanics, and dropped the van off at a shop that received good reviews and told us we could have it back sooner than other places we called (perfect, since we needed to go to Joshua Tree to map). Long story short - rapid downward spiral accelerates...
Here is a summary by numbers: 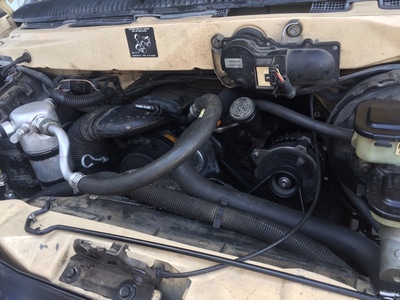 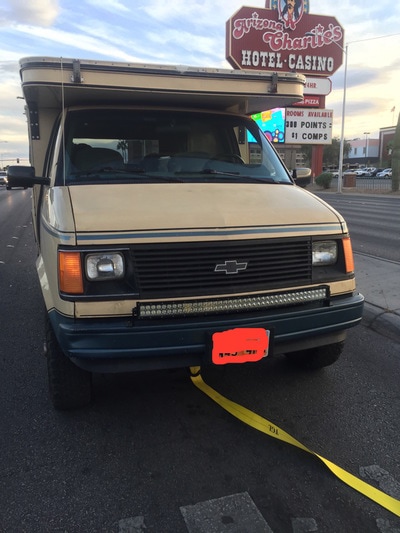 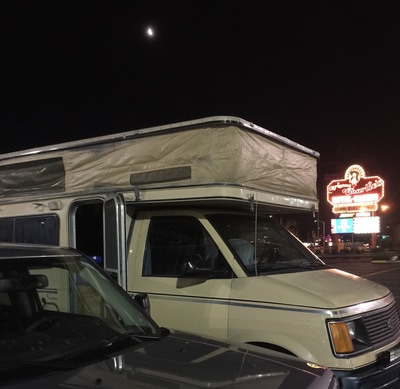 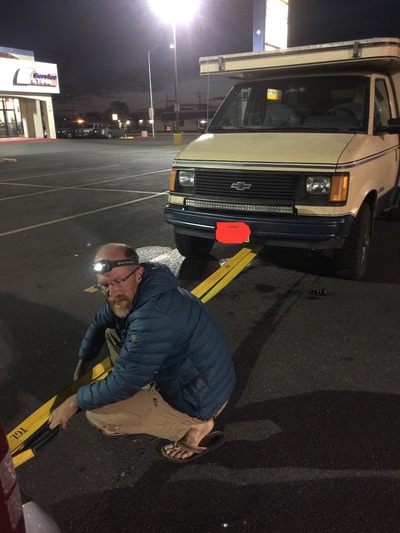