THE TIGER (AKA TANKENSTEIN) BLOG ENTRIES

The Tiger, The Tank, and now, Tankenstein - These are the various names we have given to our 1987 Chevy Astrovan Tiger RV conversion. Until Takenstein, The Tiger was the name that stuck for a while, but "The Tiger" is not exactly original as it is the name given by Provan for the conversion.

When we discovered that the 4x4 conversion has a circa 1986 Ford Bronco chassis retrofitted with GM wheels, we realized what this vehicle is Tankenstein - a hodge podge of stuff assembled to make it a beast. It's certainly been a work in progress, as we have been replacing every single piece of it, inside and out. I like to think of it as a Phoenix rising from the old-vehicle ashes, but living on the road in a vehicle that needs work (while we are trying to work and make maps) can get to you sometimes. Some days I know Rick just wants to convert it to a pile of ashes. (Hover over or click on images to see captions.) 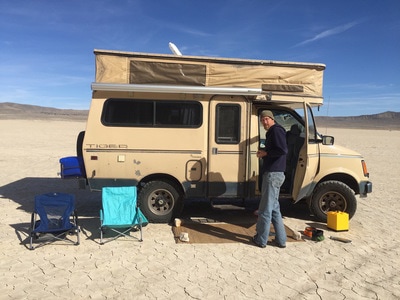 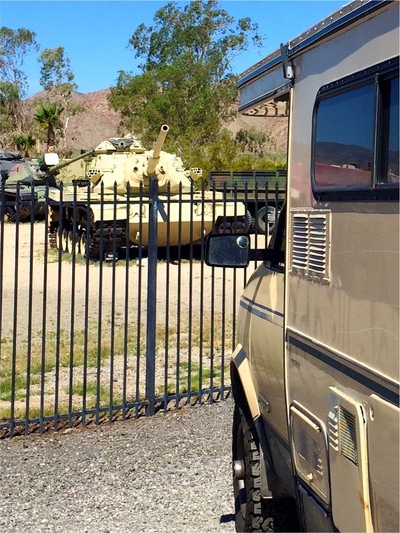 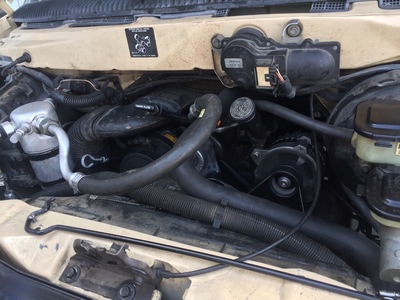 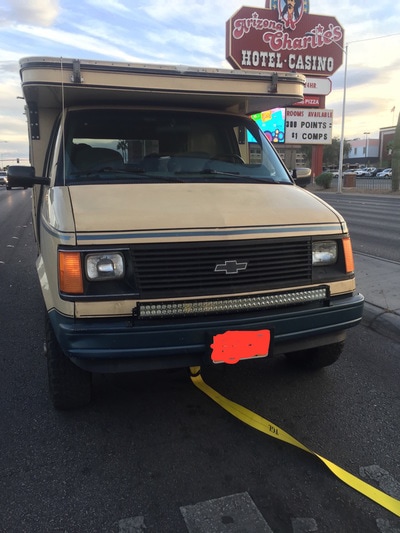 I have hope for Tankenstein, though. In fact, I've become kind of attached to it (to her?) I have begun to identify with it (with her?) She? He? It? (S/he/it - does that spell shit? - oh, that doesn't work...), I identify with Tankenstein because I too have had trouble getting proper diagnoses, then needed and had many surgeries. Tankenstein has had trouble getting proper diagnoses, and has ultimately had many "surgeries" (I'd say a new engine and transmission are surgeries...). She was weak from ailments and is now getting stronger (she couldn't go uphill on the highway faster than 45 mph, now she can go 70!). I was weak from my ailments and am now getting stronger (my climbing grade levels deteriorated significantly, now I am getting back to climbing 5.11s). She is made to be off-road in the back country. I am too.

And, although I love backpacking and sleeping on the ground, admittedly I am digging the convenience of an RV. I also like having a small RV that can park in a regular parking spot! 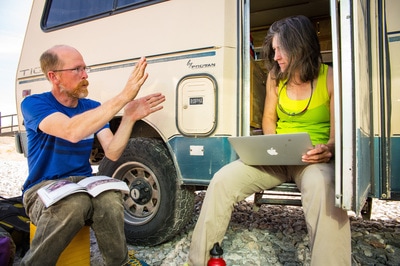 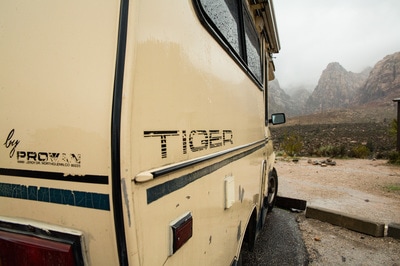 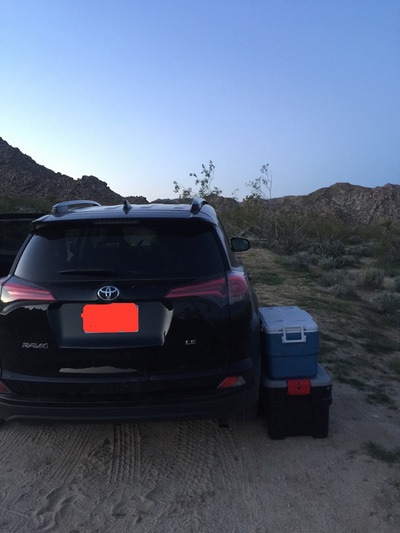 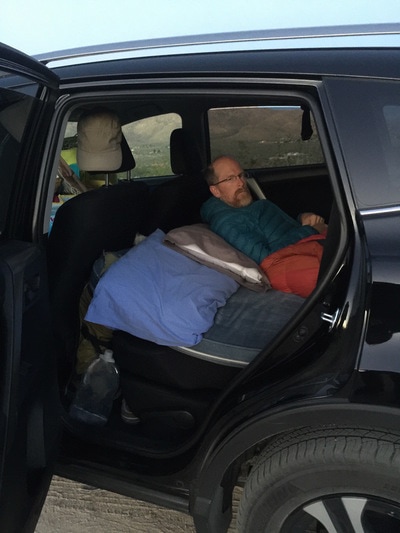 Having a live-in vehicle like this is necessary for the job at Climb-On Maps. We are on the road, mapping, for weeks to months at a time. The multiple times we have had to have Tankenstein in the shop while on the road and lived out of a rental car has been doable, of course, but a pain in the ass.

The original interior of the vehicle was functional, but needed some TLC too. It was filled with rotting, heavy particle board. Cabinets would fly open and shit became air-born with a bump or sharp turn. It was good enough, but now that we have lived in it a while, decided to make her better, lighter, more livable. The transformation is shared on this blog. 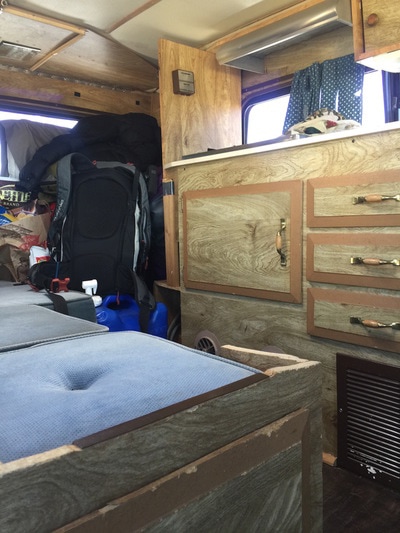 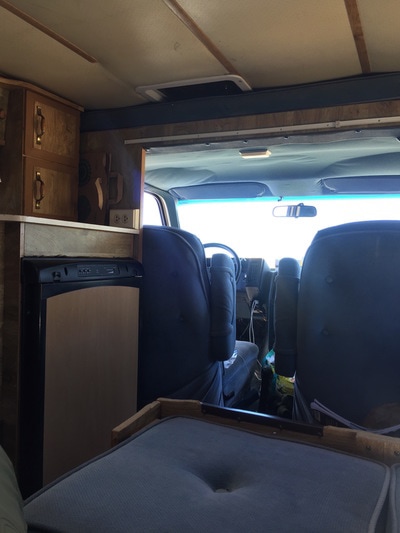 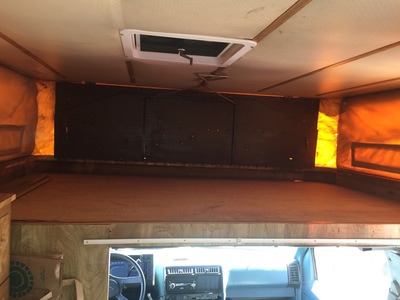 Work that has been done on Tankenstein since we purchased her.

We have wondered whether we keep throwing good money after bad, but part of the bad has been questionable mechanics (and/or mechanics who just don't know what to do with an older vehicle?). Often people become their own mechanic with an older vehicle like this. Perhaps that is where we are headed?
Stay Updated