Welcome Back to the Tour!

Well, because of Stef's injured knee, it's been a few months since we've done the WTF 5.7 Tour: Red Rock. If you've been following the tour you know that we seem to run into a fair amount of dirty underwear (no it's not ours! Haha! We pack our shit out - and, we haven't had an "undies accident" yet...) It seems the universe has stored up a BUNCH of dirty undies for us on this special re-start of the tour. We encountered not, one, not two, but THREE pairs of dirty undies. Here are some photos for you to enjoy.

Two of the pairs we encountered on the trail - one was fresh as was not on the trail on the way up! One pair was a jock strap under a rock by the anchors. This is the most pairs of undies we have encountered in a single day. To commemorate this record-breaking event, we have a special video. for you. 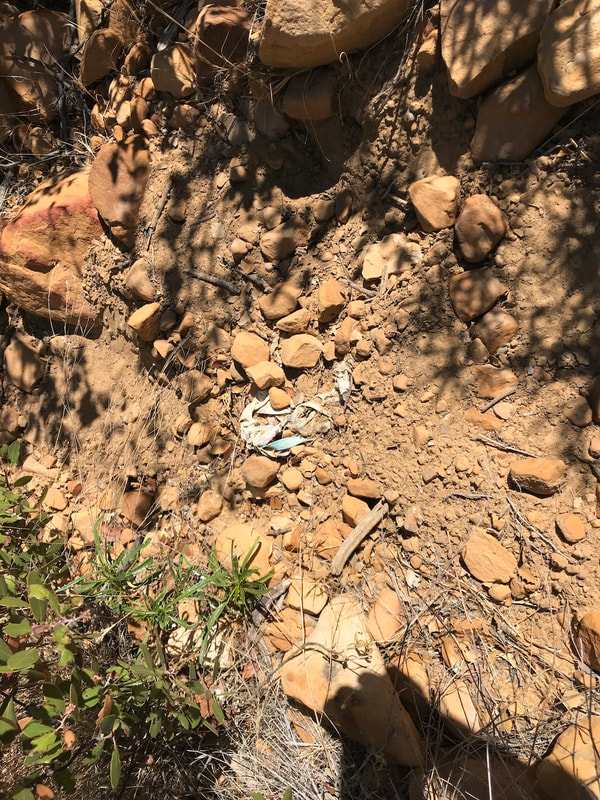 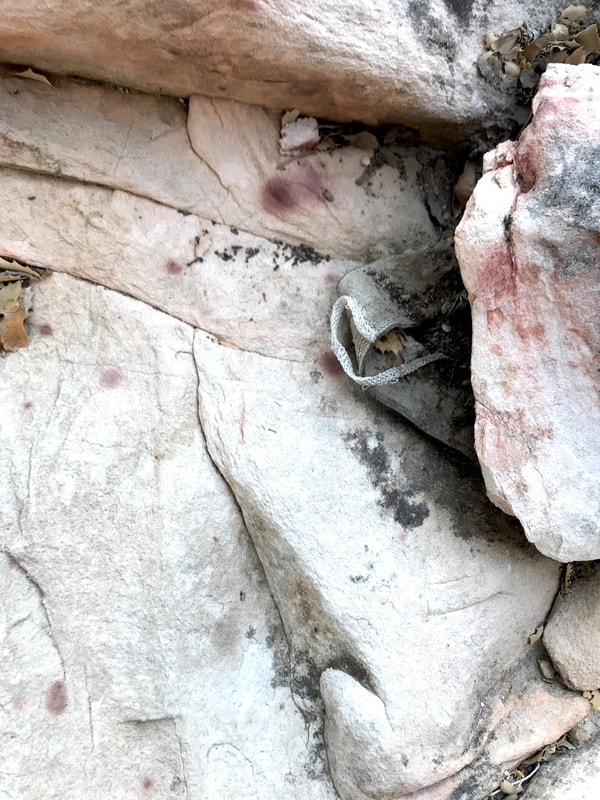 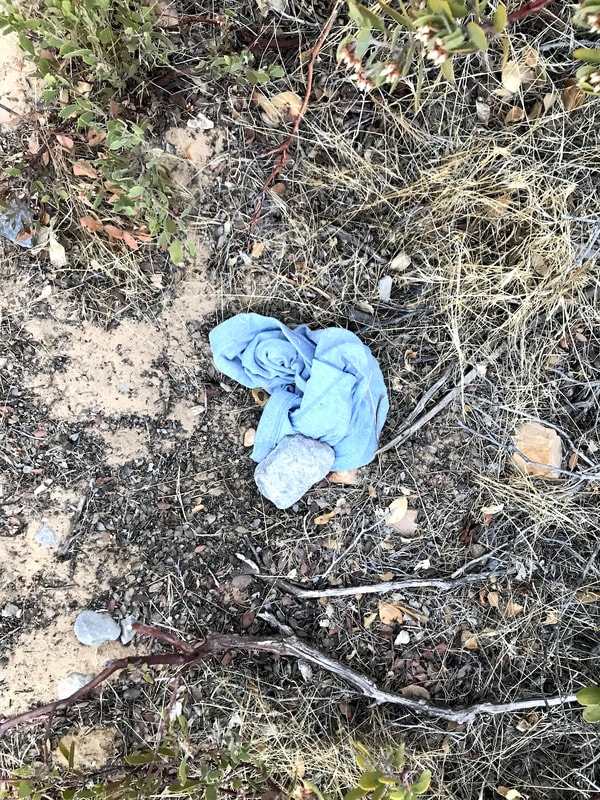 (Click the photos to enlarge and see the caption or hover for the caption.)

All three of the 5.7 climbs on the Ragged Edges wall are on the left end. We present the climbs from right to left as you are facing the wall.

​We scoped out the first two climbs, Dumptruck and Midnight (7+) and based on both the Mountain Project comments and what we could visibly see, the climbs appeared unprotectable (and also more difficult than a 5.7), so we decided to lead Go Ahead and Jump (5.6) and then top rope them - and after climbing them we are really glad we did. At the top of the first pitch of Go Ahead and Jump ignore the tat and go out left past the bush entering onto a narrow ledge. There is a crack against the wall, set up an anchor there (using very long slings to minimize the rope sliding against the slabby rock) and belay up  your second. Use this anchor position to top rope the climb Dumptruck. Rappel down.

After you are done with Dumptruck, continue left on the ledge. There are some bolted anchors that are about halfway down the wall ledge between Go Ahead and Jump and the third 5.7 on the wall Diplomatic Immunity. (Note that these anchors can be difficult to see.) Use the bolted anchors (with an anchor set-up, do not toprope through the rappel rings.) to toprope the climb Midnight. ​

​Climb: Dumptruck (toprope, 60 feet)
Wall: Ragged Edges
Rope: We used a 70m
Good Lead for a New Trad Climber? This is not a safe lead climb at all. It is rated X. It is best done as a toprope.
Conclusion WTF? What the FUCK! (for no pro and significantly harder than a 5.7) - What the FEISTY if you do TR.

​Climb: Midnight (toprope, 60 feet)
Wall: Ragged Edges
Rope: We used a 70m
Good Lead for a New Trad Climber? This is not a safe lead climb at all. It is rated X. It is best done as a toprope.
Conclusion WTF? What the FUCK! (for no pro and for anyone shorter than say 5'8"... Stef is 5'5") otherwise What the Feisty! (If taller and on TR)

​Climb: Diplomatic Immunity (Trad, 60 feet)
Pro: To 3" (it will take larger gear at the top but it's easy terrain, so some might choose to skip it. We used a #4 in the anchor, but it's not needed)
Wall: Ragged Edges
Rope: We used a 70m
Good Lead for a New Trad Climber? If the climber has good upper body strength and is confident over a bulge, then yes, it's pretty straight forward and nicely protectable.
Conclusion WTF? What the FEISTY!