A What the FAIL - Twice!
Who would forget an offwidth?
​We had the wrong gear 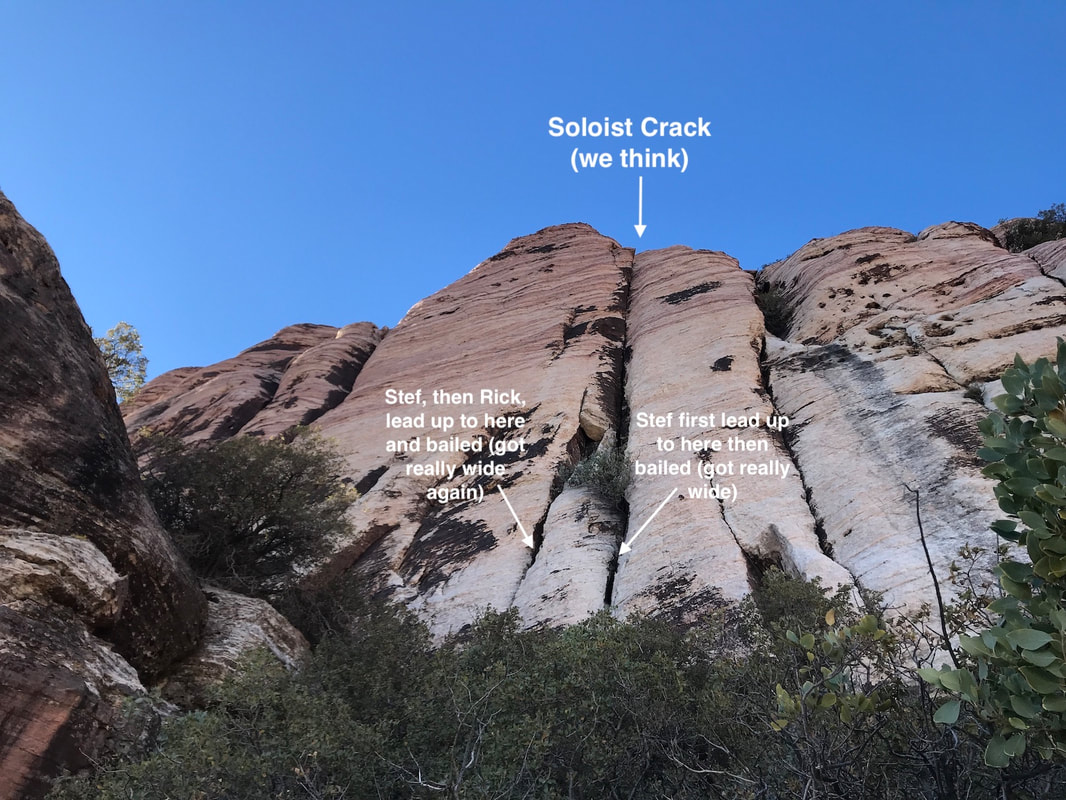 Right now this post is going to primarily be about the beta to get to this climb and our best guess about the gear needed to actually complete the climb. This is because we have made two failed attempts to do this climb. The first attempt was a failed approach, the second attempt was an incomplete climb (because when we got up to the offwidth section(s) we realized we didn't have the right gear with us.)

Soloist Crack can only be found in Mountain Project, and the directions on how to get to the climb as well as information about the gear to bring, were really vague - like "find a line for the approach" and "fist and hand sized crack" - that's it.

On the first attempt, we thought we would approach from the Oak Creek side because after scoping it out from a distance, it looked like the lowest angle up, the line to avoid the red soil (which is typically terrible!), and the line to avoid a large cliff band, were best from that side. Boy were we wrong. We encountered cholla cactus fields, hit steep crumbly red dirt and rock, got stuck in Oak trees, hit a steep boulder field on very loose soil (where it seemed a refrigerator-sized boulder could start rolling at any moment), and we still hit some impassable cliff lines. Almost to the top, we bailed and decided to take a completely different line down. That is when we discovered a hikers/scramblers trail! Woohoo!

On the second attempt we parked in the Pine Creek lot, located that trail, cut off trail to the crack near the top, and made it. There are two different cracks that eventually merge into the same crack that we believe to be the climb. Stef started on the right crack first, got about 20 feet up and encountered an offwidth section that was unprotectable with the gear we had. We freezing cold hands, I did not feel ready to take that on without protection. So I down-climbed and decided to try the left crack. Again, about 20 feet up, there was another offwidth section not protectable with the "hand and fingersized" gear that I had. I estimate it would have been at least 15-20 feet of unprotected climbing - major decking potential should a hold break. So I bailed. Rick hopped on to see if he felt ok with moving forward without pro, he didn't either. So we bailed.

We can't say much yet about the climb except that both cracks lead to offwidth. We only had a #4 cam with us, so next time we will bring the 5s, 6s, and 7. 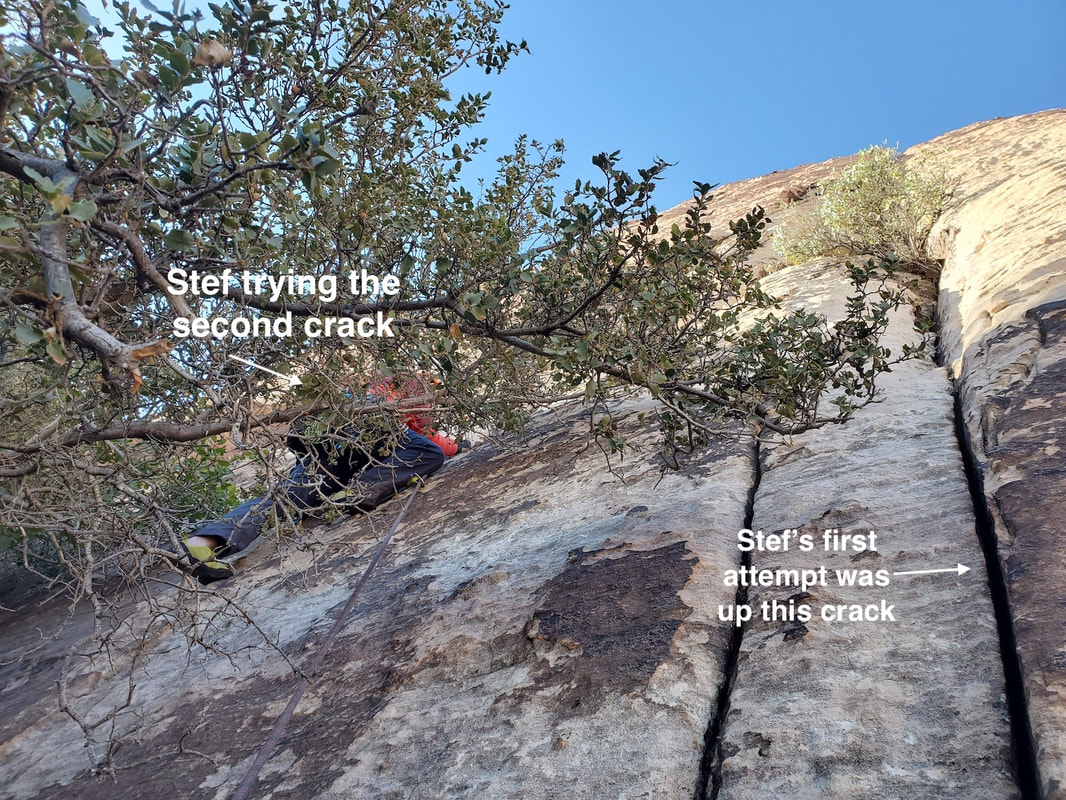