The Ledger
SUMMARY HAIKU
​
Old school Joe Herbst climb
Couldn't decide on a rating
Called it "What the FORK!" 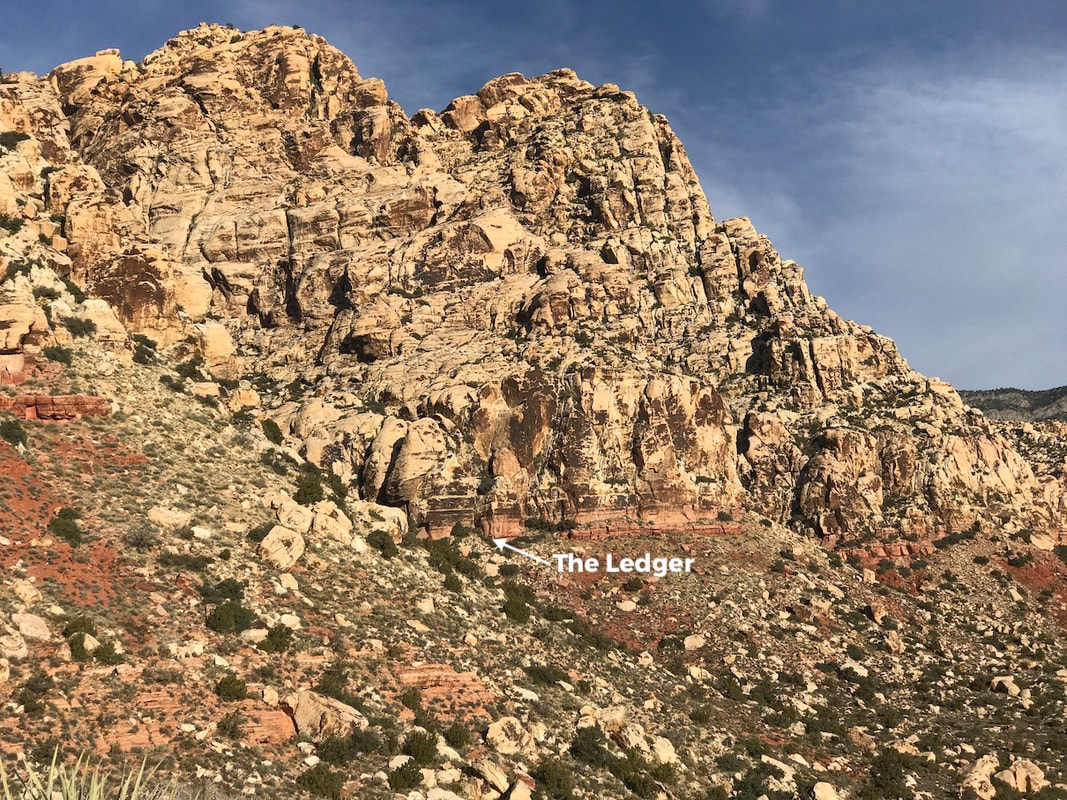 Conclusion WTF? What the FORK! 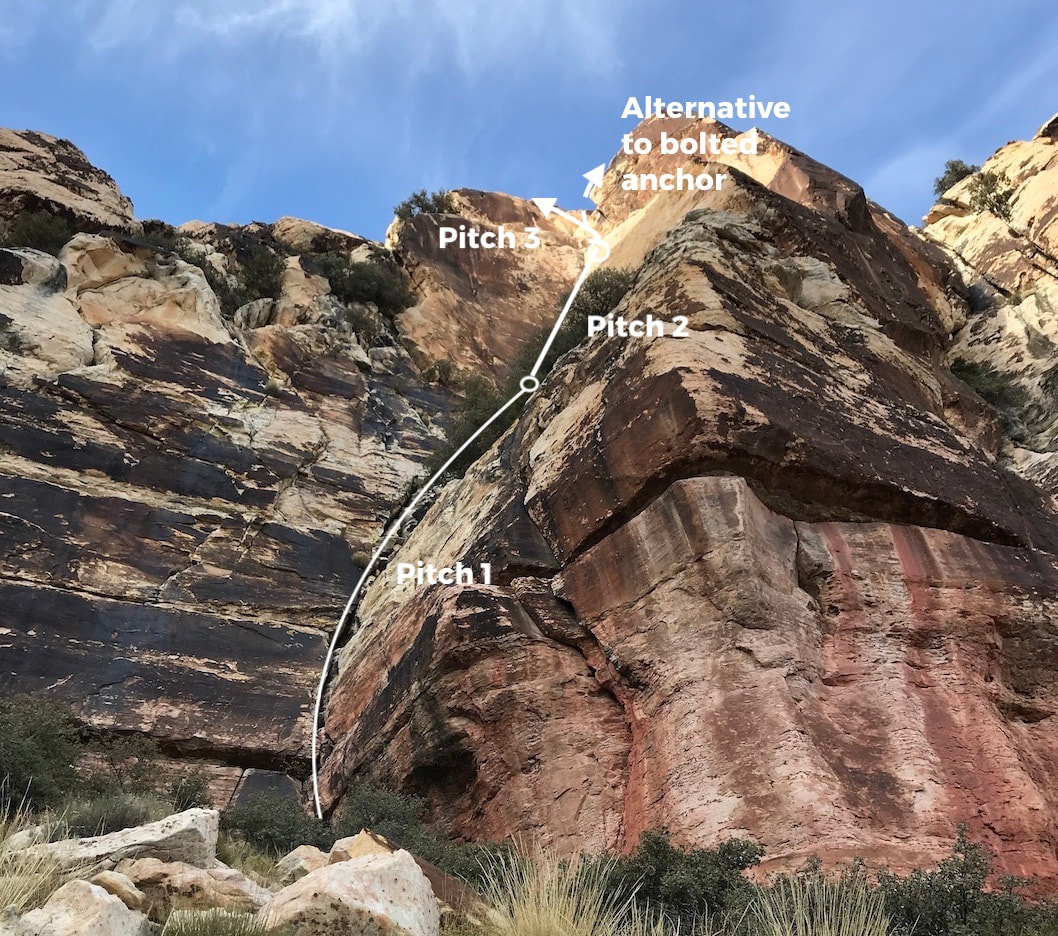 This pitch is even more strenuous. Fortunately, it is well protected. The pro says up to 3", I did use a #4 (my "bring one size bigger" rule applied again...)

The pitch continues up and around right out of visibility from the photo on me (Stef) on this pitch. The top section thrusts you into a chimney-style offwidth with a weird, mantling top-out (where Rick is in photo two above). In this upper off-width section there is some protection deep inside the off-width, but it is difficult to reach. I just ended up not placing any gear there, shoved my body inside the offwidth, and did a hail-Mary with a lot of grunts in the top-out, praying there was something to hold onto. As you can see from Rick's hand in the photo, there was.

There is tat wrapped around a boulder that can be used as an anchor (and you may want to throw in a small piece for good measure). This tat is also used for the rappel. There were three pieces of tat wrapped around the boulder, and two were still fresh when we climbed it in January 2020. (BTW, we always carry webbing with us to supplement or replace bad tat - we carry a knife too to cut the bad tat or our webbing to size. Depending on when you climb this route, this anchor may need some bolstering in the not-too-distant future, so come prepared.)

After some struggles and grunting, Rick made it through. The crack narrows from here.

When I followed and struggled through the same spot, I was thinking right looked better and that is probably the way I would have chosen if I were leading (there are some bolted anchors on the wall for this right-hand option). However, left is the "original" route, so Rick chose left.

You have to build your own anchor to belay when you choose left.

There are three options for descent: walk-off; find tree with tat and rappel with two ropes (two 60s); or use the bolted/tat anchor combos down the route doing 3-rappels. We chose the last option. It was easy to walk around, find, and access the bolted anchor. We used our 60 m ropes.

After the first rappel, you have to do some scrambling down the gully (the one that's part of pitch 2) to get to the next set of rap anchors. (Rope up and belay each other if you don't feel safe - remembering that the first person down needs to place some gear to protect the second person down).

Handren says you can rappel with two ropes from the top anchor to the anchor on pitch 1, but I'm not sure I'd want to do that, given the bushy, loose rock gully in between. Seems like an invitation to get your ropes stuck in shrubbery and/or knock rocks and crap down on you.
​This leads me to our rating of "What the Fork" for this climb. ​As you can see in the video, we weren't clear on how to rate this climb. Although Rick took on pitch 3, and I grunted a lot on pitch 2 (and maybe said one fuck when I was pissed off at some gear), neither of us really said any "fucks" as a result of the climb.

Plus, we aren't really sure if this is a "5.7." If all of the resources were using the "original" ratings with the third pitch as a 5.6 (Was this an error in the 2006 guidebook? Which rating was given by Joe Herbst?), then I think we would've called this a WTF'r, because it would've been a full-on side-swipe. Don't get me wrong, it's still challenging even as a 5.8, but these rating differences muddy the waters a bit and because of this, we don't feel it's a full-on WTF'r.

With that said, What the FORK kinda sounds like FUCK :-) and it depicts the "fork" option you have at the top of this climb. In retrospect, I actually wish we had re-climbed pitch 3 (after we rappelled down) to see how different or difficult the right-hand "fork" was. That would've been very informative! Darn it!

Did we like it? Yes. I'd climb it again - next time doing the right fork.