This is the page you don't tell Mom and Dad about. Oh sure, the folks know their little munchkin is doing dangerous shit when climbing (or mapping), but the parents choose to suppress it - bury it somewhere deep in the inner-folds of the magical mind.

Gotta love those mental survival shafts. They add some blinders and rose colored glasses to the world. Those suppression shafts don't just come in handy for the parents, but we use them too - "don't look down," "we will make it," "it's just a step." Such suppression helps control the fear cycle.

But, there's no bones about it. Rick and I get into some scary situations and we also get scared. And I (Stefani) get really scared. I have broken down in tears, shaking after free soling about 20 feet of low 5th class while mapping a walk-off. I could never be Alex Honnold.

In addition for fear of my own safety, I fear for Rick's. He has a much higher tolerance for exposure than me. (Message for Rick's parents: You can just stop reading now...).

Once, Rick got himself so far up an exposed 4th and 5th class section that, when it resulted in a "dead-end," he started to return and discovered he was in a pretty ugly situation (see photo 1 - that's Rick sitting stuck...). Fortunately, that day we were mapping together (we often split up to cover more ground). Fortunately, I chickened out of going the way he was going. And, fortunately I had a long rope. So, it was rescue time. I found a different way to get above him, tossed the rope down, and belayed him up to safety.

That day we happened to have all of our climbing gear with us in order to do a climb and map the walk-off. But most mapping days, we leave the heavy gear behind and carry an ultra-light set of gear. But even with the ultralight protection, there are many, many circumstances where it is useless.

If the exposure is just to bad ("RIP" or sometimes even "major damage" level), or there are just to many exposure points in a row, or the trail is too painfully heinous and our bodies refuse to take another step (because we know we have to do the return trip!), then the maps get a dot-dot-dot  "good luck with that!" message. Sometimes there is a point where you have to stop.

Here are a few exposure photos to feast your eyes on. All of these photos are of Rick. Rick is the bigger risk-taker, so he gets the photos. Plus, Rick just forgets to take photos of me - haha!  Perhaps that's not so bad as my photos would almost certainly be less impressive - but, perhaps funny... In exposed situations I try to maximize my body-to-rock surface area, thus, I imagine many of my photos would be of me either sliding on my bum (see the photo of my pants!), me crawling on all fours, or me in a beached whale position clamoring over a ledge. We also encounter a lot of exposure when mapping alone. Difficult to get a photo of yourself in that situation.

Some people are not bothered by exposure. Others, like me, prefer to avoid it. There were many circumstances where, on a climbing trip, I wished I had known ahead of time about severe exposure for a walk-off. This is one reason I wanted to start Climb-On Maps, to let people know what they are getting into ahead of time. We place exposure symbols on the maps to show where on a trail exposure occurs and how serious it is if a fall occurs (bone-breaking, major damage, or RIP). We don't mark lower levels of exposure (i.e. falls of less than about 15 feet), because that is pretty common on climbing approaches and walk-offs, and, most climbers manage it comfortably.

If you want to learn more about our exposure ratings check out the map elements page.

(All photos and video below taken by Stefani Dawn, except for the one of my bum and the "To Chasm and Dantes" orientation photo, which Rick took) 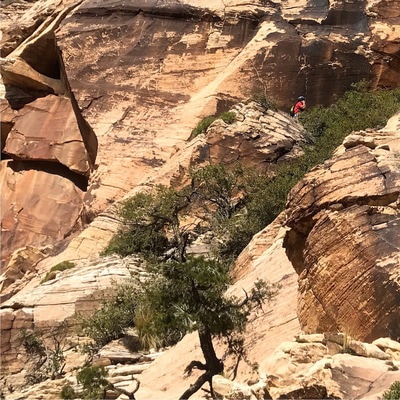 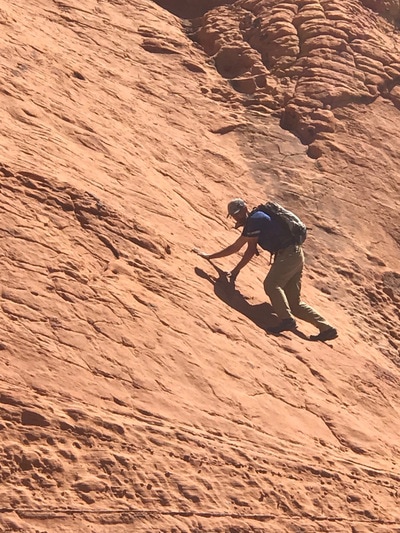 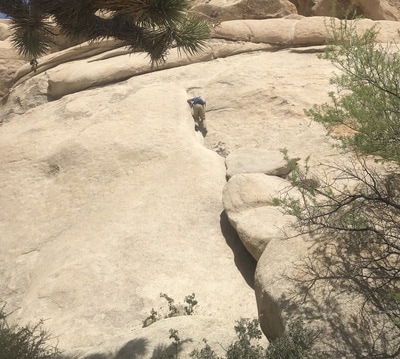 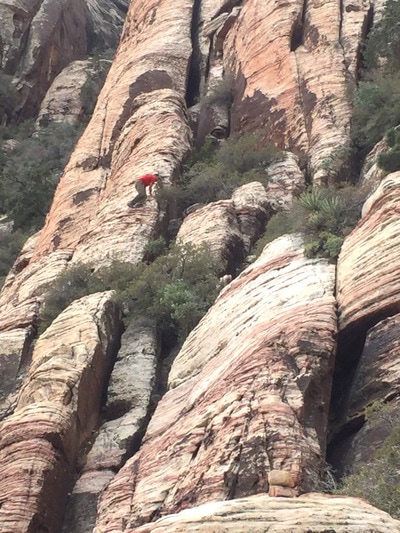 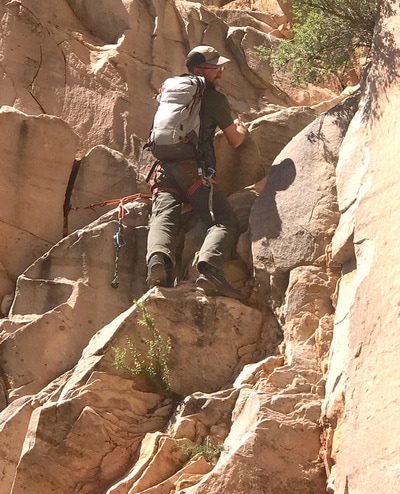 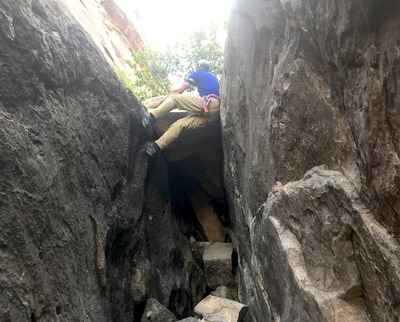 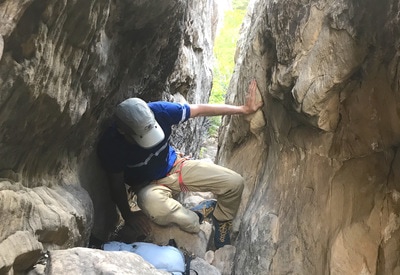 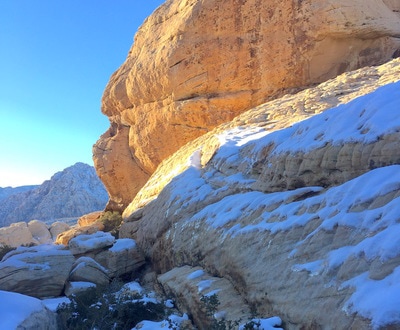 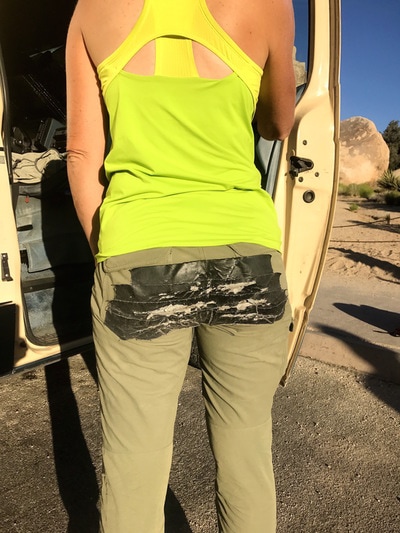 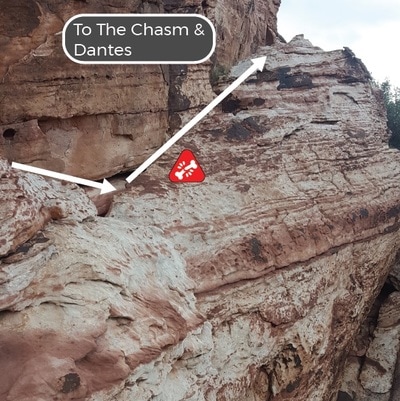