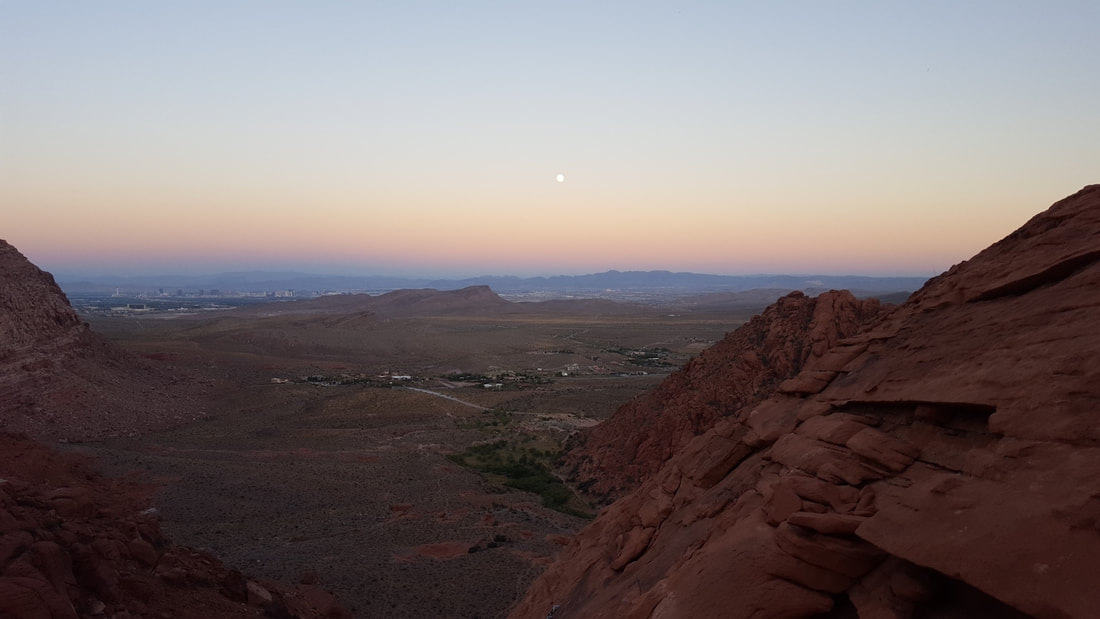 5.7 sandwich
Made a one-off a fun-off
No undies found here
​

With respect to the WTF 5.7 TOUR, Broad Border is a one-off climb. One-off climbs are basically a pain-in-the-ass. A one-off climb means it's the only 5.7 in the vicinity, it's typically just one pitch, and it has a longer approach (>30 minutes). One-off climbs suck even more if the climb itself sucks (makes sense, huh?).

Rick and I really did not want to hike all this way, in the heat, to do one climb, so we decided to maximize the experience by adding a ~30' start by going on Trust Me, I Lie (5.10a, located to the left of Broad Border - see details in "The Route" section above) and then adding on a 2nd pitch by finishing Trust Me, I Lie.

Frankly, doing the sandwich made the experience far more enjoyable (other than the hinky and heady traverse from the 2nd bolt of Trust me, I Lie to the first bolt of Broad Border.)

We found Broad Border itself to be a rather "meh" and weird climb. If we didn't do the 2.25-pitch 5.7-sandwich with Trust Me, I Lie, I think we would've ended up annoyed and feeling jaded. But, in the end, we felt satisfied.
A Little Aside... Teenage Transgressions

When I (Stef) was a teenager I was a hurting, angry child who used a lot of drugs and sometimes did destructive things. I once spray painted a school because I thought it was funny. I wanted the kids to be afraid of the messages I painted. I wanted to convey my hatred of school and "the system." I wanted to mar a place where clearly the privileged children went.

Every time I see graffiti it reminds me of that sadness.

Since then I have removed a lot of graffiti in places that I love. I will continue to do so for as long as I walk this earth.

I'm not sure I believe in karma, because there are a lot of good, innocent people who do good things and get the shit-end of the karma stick. But I do believe in paying my debts to this world. The amount of graffiti we saw today on the approach to The Fringe was disturbing. It's likely one, maybe two people, leaving this shit during a single lapse of judgement, but the effects are long-lasting.

​These marks on the world remind me how one person can make a difference. It's a shame that the negative, destructive marks stand out so glaringly, and the positive marks go mostly unseen. But, if you ever question your place and contribution to this world, just think to yourself how beautiful this place is when people bring nothing but their footsteps (well, now we need to bring some elephant snot graffiti remover too...)