Route to Solar Slab
​Rick liked this climb, Stef did not
​Rated "What the Fair" 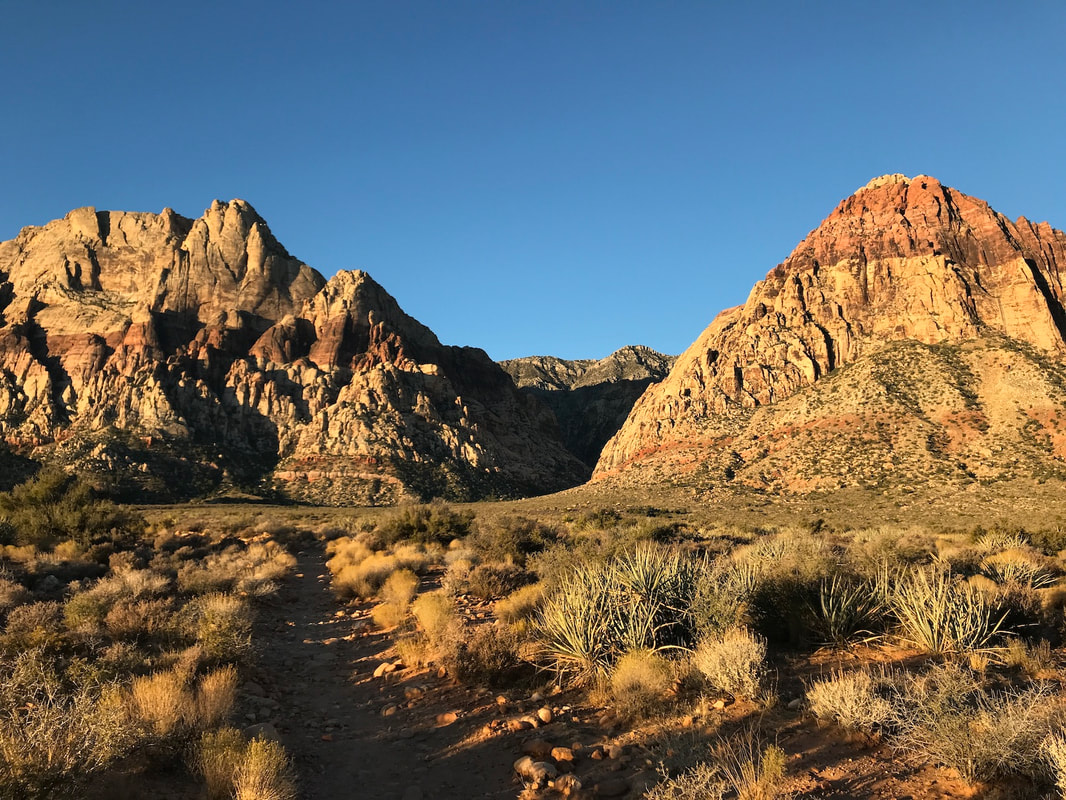 Oak Creek Canyon morning
​Climb: Tanline (Trad, bring #4s) (580')
Wall: Lower Solar Slab
Suitable for a Beginning Lead Trad Climber? Possibly, though each pitch has its challenges.
Conclusion WTF? What the FAIR
Tan Line is located immediately to the right of the Solar Slab gully. It is only located on Mountain Project (not in Handren) and is touted as an alternative to the gully, either as its own climb or to access Solar Slab. Stef didn't really care for the climb, Rick liked it a little better but wouldn't put it anywhere near the top climbs. 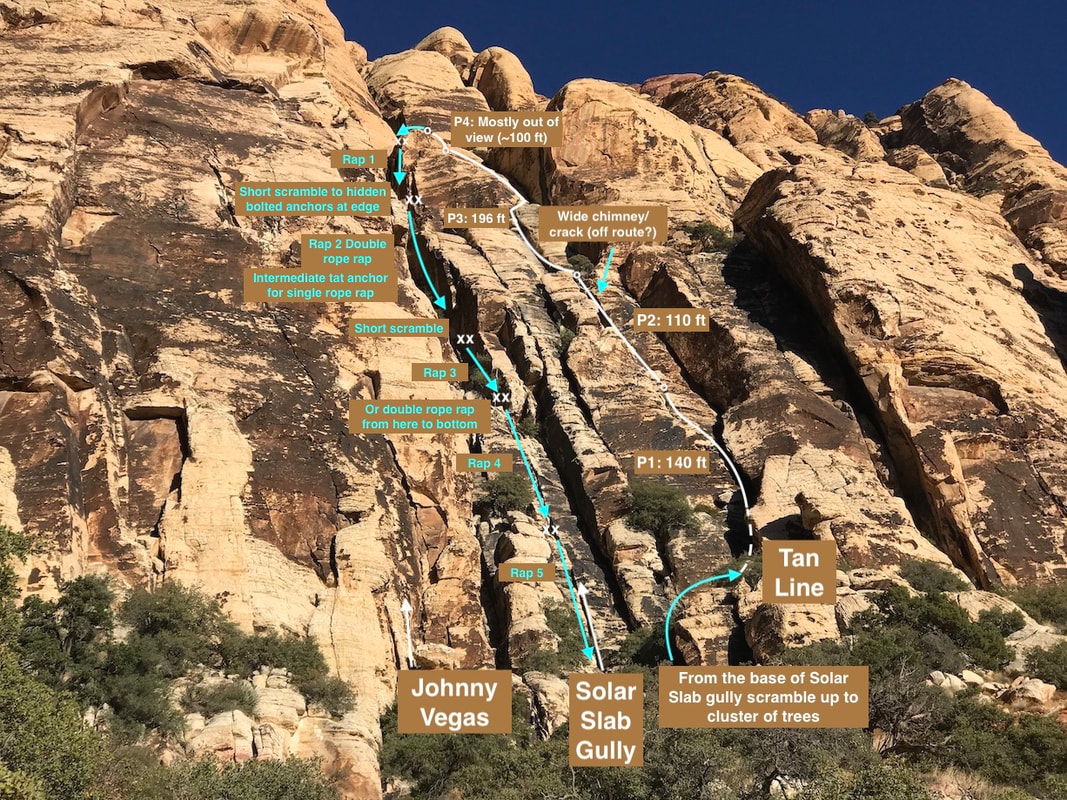 The marked up photo near the top of the page shows the decent down the Solar Slab Gully. When you unrope, head climber's left towards the gully and you will see bolted anchors for the first short rappel that takes you down into the gully. Scramble in the gully to the next drop off, then look around the corner/edge and you will see the next set of anchors. Be careful of the drop-off. (There is also a tat anchor around a tree, but pulling the rope from the bolted anchor will be cleaner.)