Our timing may not have been the best, but I could not live with that ongoing gasoline smell any longer.

We were back home in Utah for only a couple weeks, catching up on life and processing mapping data before heading back out to Red Rock Canyon and Joshua Tree in early May. We needed to get stuff done - work-wise, home-wise, and camper van-wise. The to do list was long, but one major "must do" was to get rid of the gasoline smell!

Since my son was visiting for Spring Break (yeah!), I thought ripping apart the inside of the van to figure out the gasoline problem would be a good project for him. Giving a young man tools and a mission for sleuthing and destruction is almost always a recipe for fun.

We soon discovered that the old, non-vapor barrier gasoline hoses were going through the interior of the van all the way through the cabinetry. But the problem didn't stop there, the leaking hoses were actually going right past the gas stove and heater!

We consider ourselves lucky that nothing worse than inhaling carcinogenic and brain-cell-annihilating fumes happened. In order the fix the problem, however, we needed to remove the cabinets. A far bigger job than expected.

Then began the rationalization process that spawns all crazy projects. We said "if we are doing this, then while we are at it, we might as well do that..."

This initiated complete destruction - the walls, the benches, the shelves, the cabinets, the floors, the insulation.

Here are a few photos of the strip down. 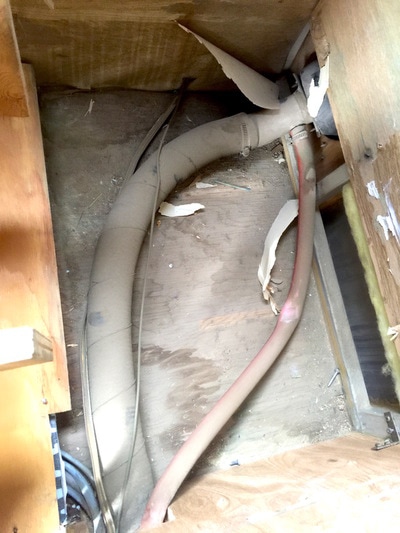 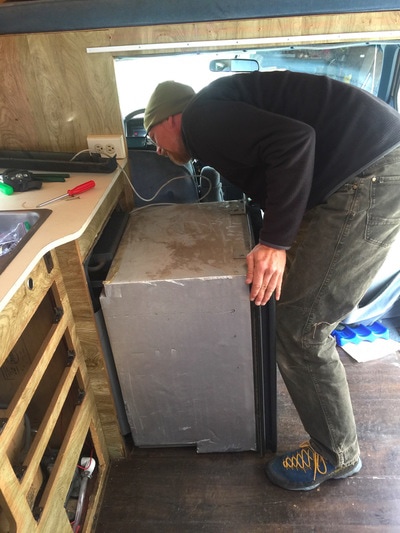 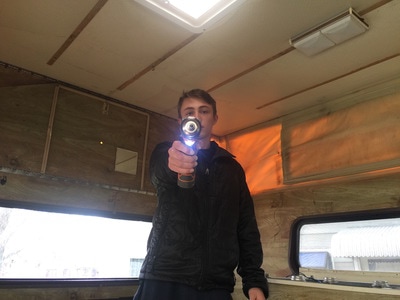 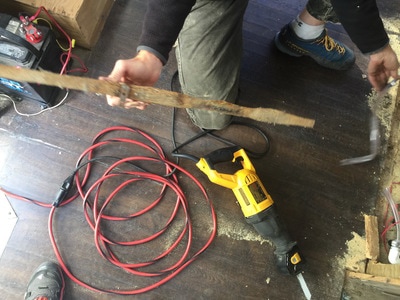 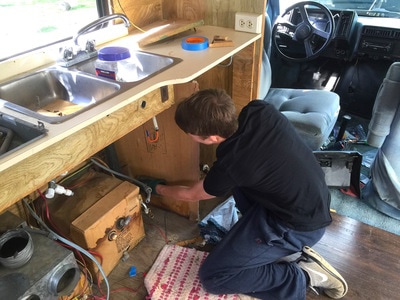 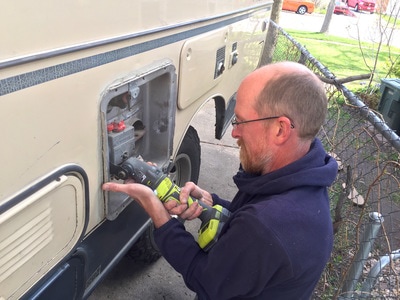 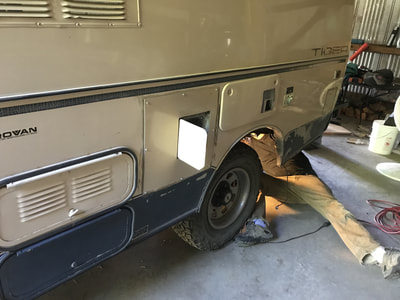 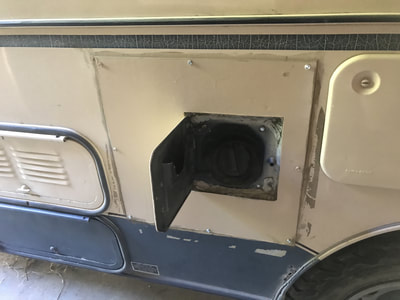 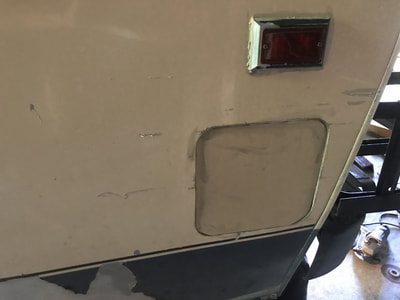 After everything was removed, we took the van to our mechanic who re-routed the gas line directly above the tank. Since part of the line still needed to go through the interior of the van, he used metal to reduce risks of vapor. (As an aside -- unfortunately on the first fill-up on the way back to Red Rock Canyon, we discovered a small leak in the weld - which spilled gasoline into the van. That has been temporarily fixed using "Steel Stick" epoxy weld-metal putty and "Magic Tape." In general, I'd highly recommend keeping "Steel Stick" and "Magic Tape" in the tool bin!) 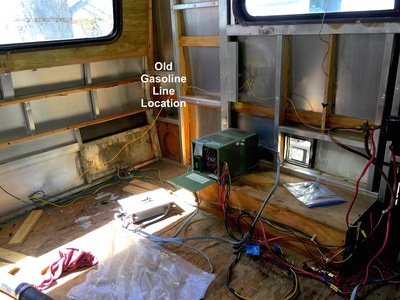 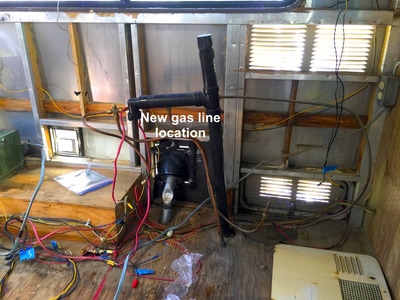 We were only able to complete a small amount of "critical" work (including adding insulation and a vent fan) on the van before hitting the road again.